TEACH - Journal of Christian Studies is no longer published on JAMS (MDPI publishing platform) as of 15.01.2022. Articles remain hosted at teach-christianstudiesjournal.jams.pub by courtesy of JAMS and upon agreement with the journal owner until the publications are transferred to a new website.

:
We attempted to study the hitherto unexplained phenomenon of the sung “a”, for one note, at the end of an “A” melody. We encountered this issue during singing the word “Alleluia” in the Coptic musical culture. We found that the transmission from “A” to “a” serves as an intermediary step before continuing to the “L”. It may also be an adopted habit by some singers, rather than a consistently inherited musical design with a clear pattern. However, further research is encouraged to decipher this phenomenon.

Singing, irrespective of its origin, is based on the use of the vowel sounds in all the different languages. Currently, the Coptic language is the existing active form of the Ancient Egyptian language, which was used centuries before Christ [1]. The Coptic language remains alive particularly in the Coptic Orthodox Church, since most liturgical hymns, chants and praises are composed on lyrics written in the Coptic language [2]. The Coptic vowels (which amount to eight in number whether individual or combined letters) are particularly rich, covering a broad spectrum of phonetic expression sounds. These specific sounds give the melodies a special dimension when experienced singers/chanters move smoothly from one vowel to the other.
The letter Alpha ‘A—A’ is a special vowel which is frequently used in Coptic singing with several variations. The most common word in which the letter ‘A’ is sung, is ‘Allylouia - Alleluia’ which means ‘praise God’. While ‘Alleluia’ could be syllabically chanted, it could also be the seat of very long melismatic chanting that may last for several minutes. A good example of the latter is the “pek‘;ronoc - pek-ethronos” hymn which is sung during the Great Good Friday and more recently on Tuesday of the Holy Week. The vowel ‘A’ of ‘Alleluia’ may also be melismatically chanted at varying lengths in many other hymns.
It has been observed that cantors and choirs tend to abruptly change the pronunciation of the letter ‘A’ from the British sound, the ‘stressed a’ (ɑ:) (referred to as ‘A-A’ in this article) to the American sound, the unstressed a (ə) (referred to as ‘a-a’ in this article) as in the obvious difference in pronunciation between the words “ask” and “answer” in both accents. This phenomenon typically occurs during melismatic singing of the word ‘Alleluia’ just before pronouncing the letter ‘L’ in some hymns as well as some short liturgical responses. This observation created a sense of curiosity, as to what is the reason behind that abrupt change in pronunciation! Such behaviour is not usually heard with any of the other vowels, albeit they may very well be pronounced in a particular way influenced by what the cantor is comfortable with or is used to. However, the vowel sound does not abruptly change at the end of its singing from one accent to the other, as is the case with ‘A’ and ‘a’.
The objective of this study was to identify potential patterns of singing the vowel ‘A’ in a sample of hymns/responses practiced in the Coptic Orthodox Church, particularly those in which the ‘A’ is changed into ‘a’, based on the recordings of the Institute of Coptic Studies [3], and comparing them with the pattern of singing other vowels.

The first author (MH) raised the above issue with the three co-authors (NI, AP and SA) who constitute the Coptic Language Committee of the European Academy of Coptic Heritage—TEACH [4] and requested a satisfactory linguistic explanation. After some fair discussions, no conclusion was reached. All members continued to search the subject from different angles and bounce ideas and thoughts at each other. MH searched the above linguistic patterns in five hymns with various lengths of the ‘A’ sound and observed that irrespective of the length of the ‘A’ sound, the change to ‘a’ lasts only for one musical note before the letter ‘L’ is pronounced. He then requested AP, being a Throat Medical Consultant, provide a comparative analysis of the muscular tension generated in and around the mouth when singing ‘A’ and ‘a’ and also compare both with that of the ‘L’. Moreover, in order to obtain accurate count of the music notes sung in each letter, MH asked JK, a renowned Coptic musician, to notate the five hymns to compare their singing patterns (Figure 1, Figure 2, Figure 3, Figure 4 and Figure 5).
The length of the ‘A’ varied in different hymns. It was only 2 notes in “Alleluia Phaipe_pi_eho_ou”, 8 notes in the “Alleluia Psalm Response”, 15 notes in “Ni-ethnos Teerou”, 25 notes in the “Annual Psalm 150” and 203 notes in “Pekethronos”. Despite these significant variations between the hymns, the striking finding was that the length of the ‘a’ sound was only one musical note in all of them, occurring just before pronouncing the letter ‘L’.
The second observation was the attempt to find any potential relationship between the number of notes of the ‘A’ and the number of notes of the vowel ‘Y - eita’ following the ‘L’, which could assist in explaining such phenomenon. To answer this question, all ‘Y’ musical notes of the five hymns were manually counted and placed in the same spread-sheet next to the ‘A’. The relationship between the numbers of ‘A’ and ‘Y’ in the five individual hymns was tested using a simple correlation test applying the Pearson correlation method. This test showed a very close relationship between the number of the ‘A’ and the number of the ‘Y’, with an r value of 0.99 and p value <0.001 (Figure 6).

The authors have no conflict of interest to declare. The authors also agree to abide by the requirements of the ‘Statement of publishing ethics of the TEACH-Journal of Christian Studies (JCS)’ [20]. 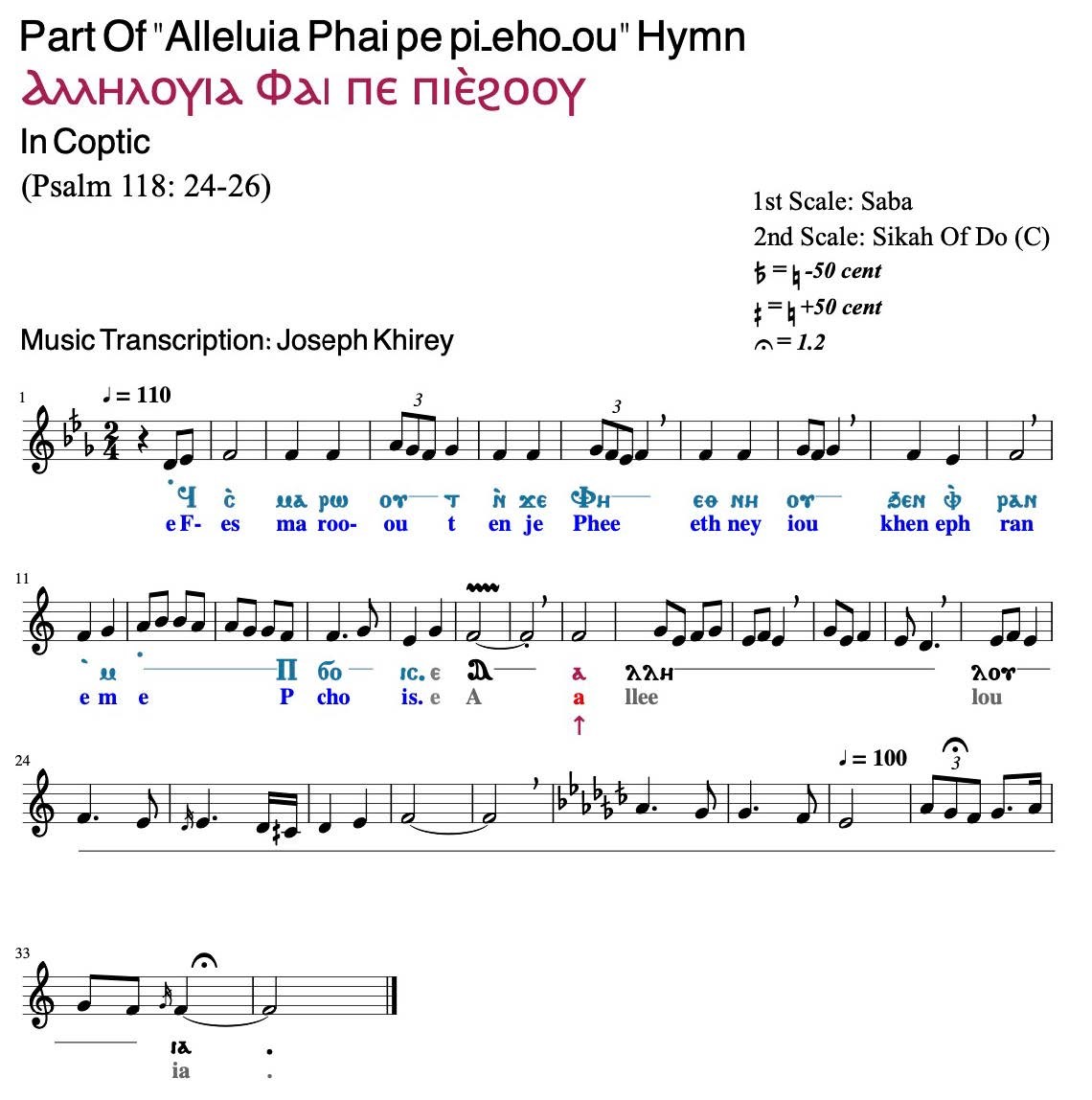 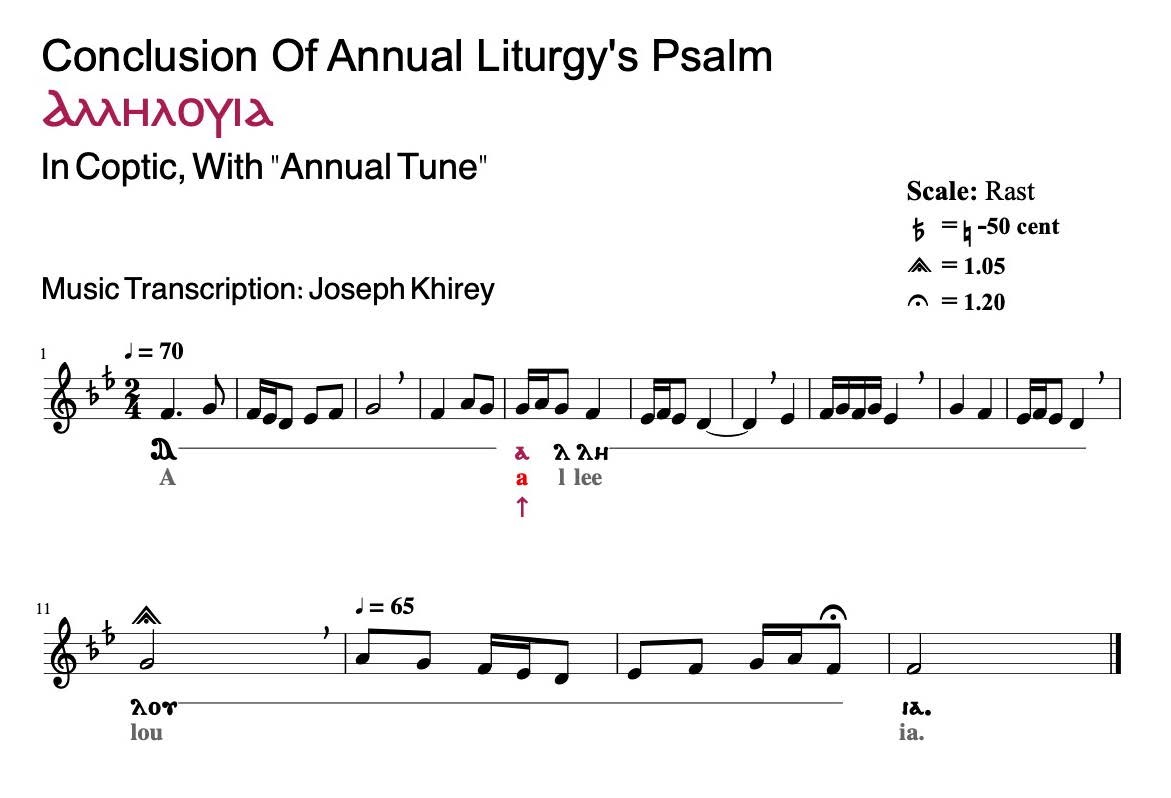 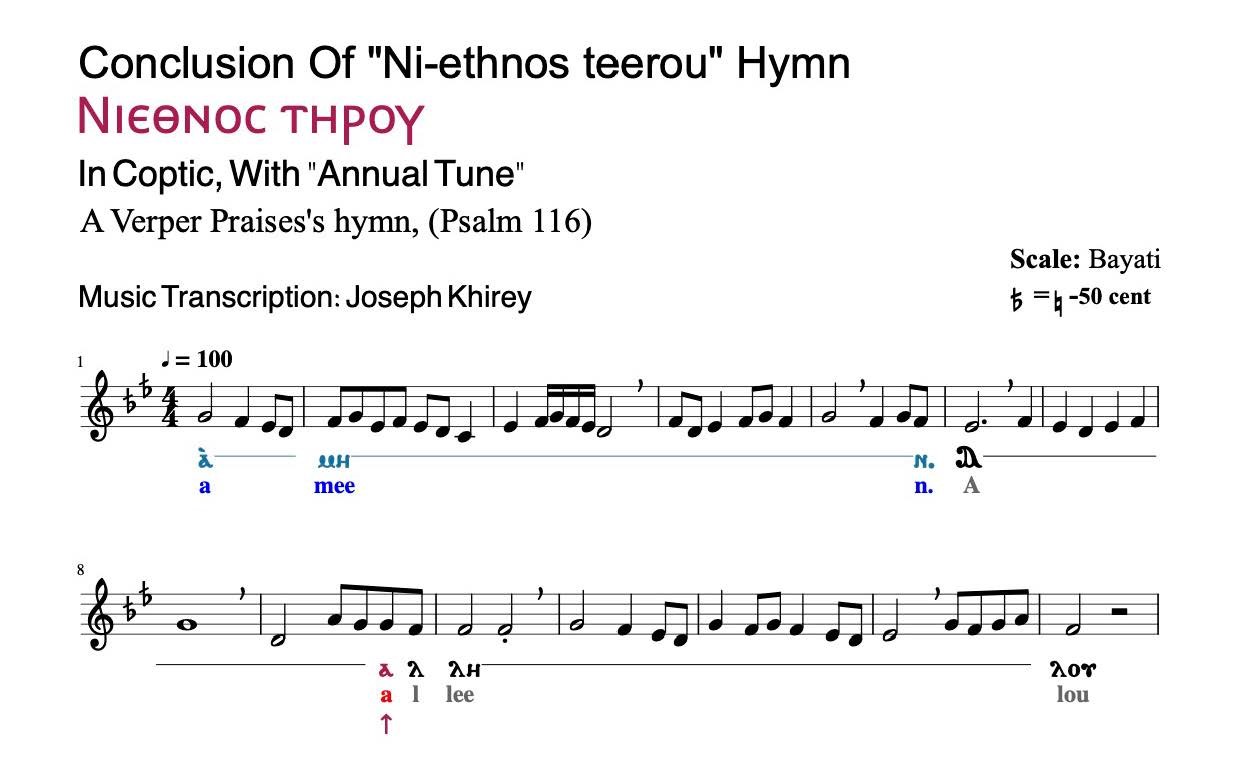 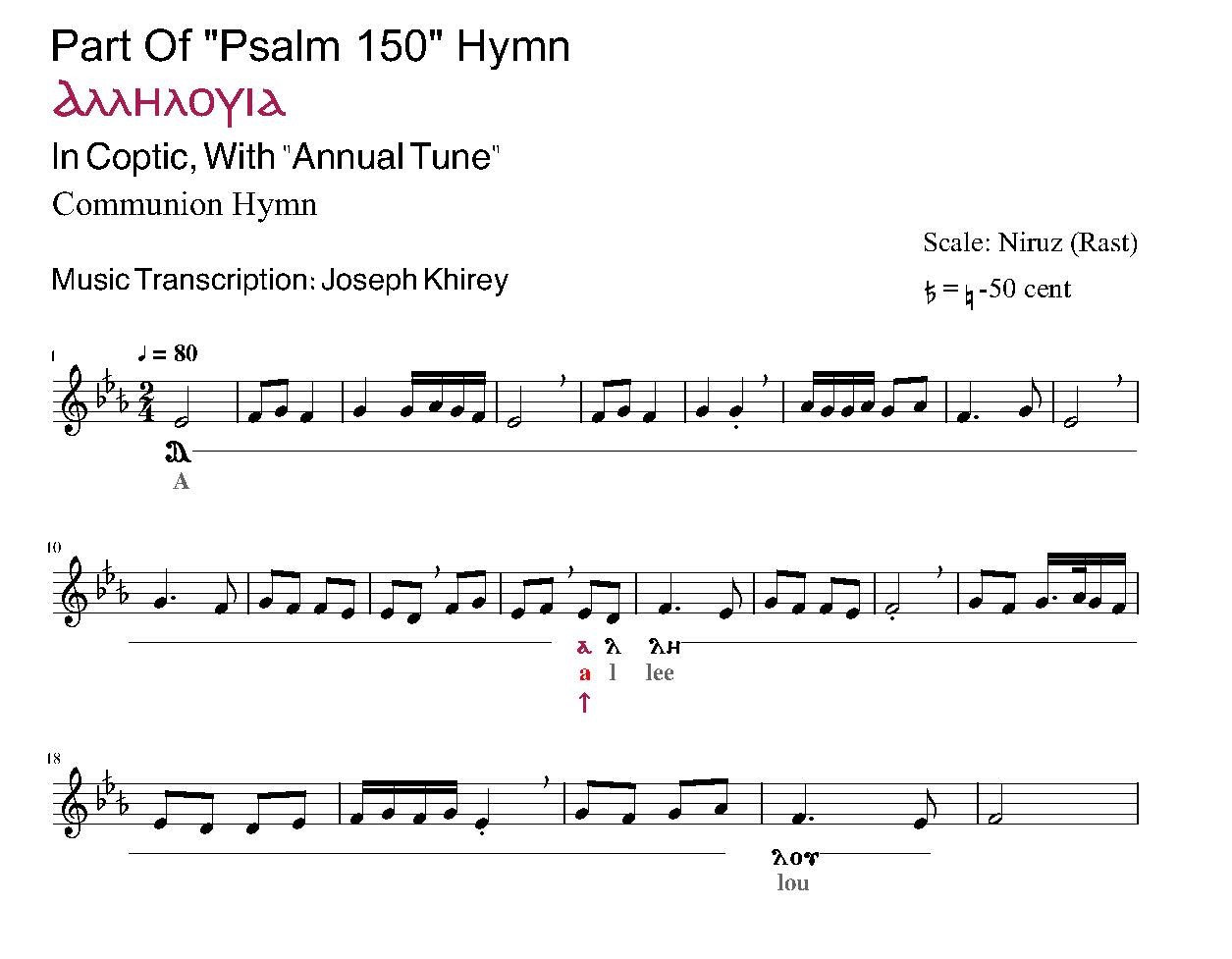 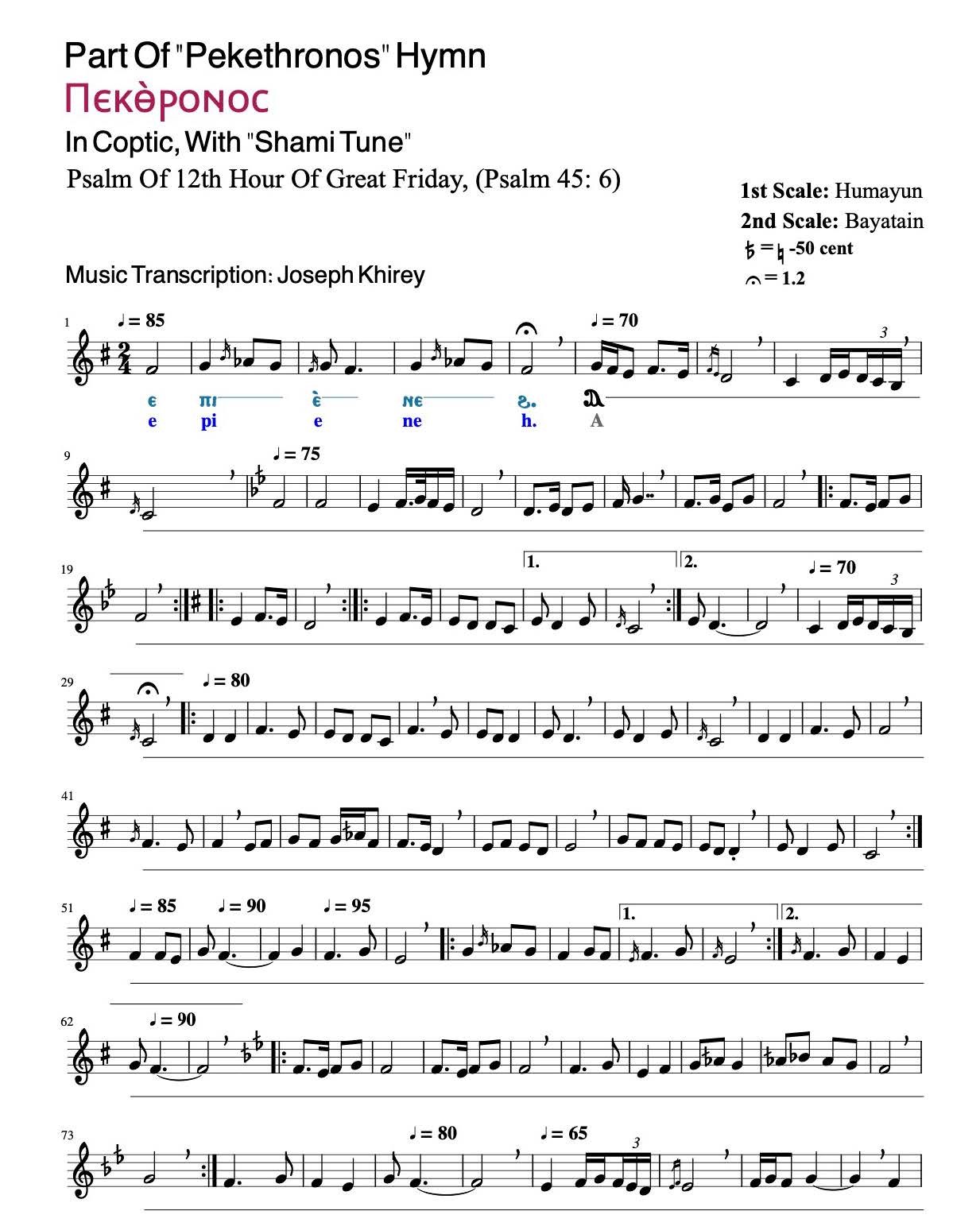 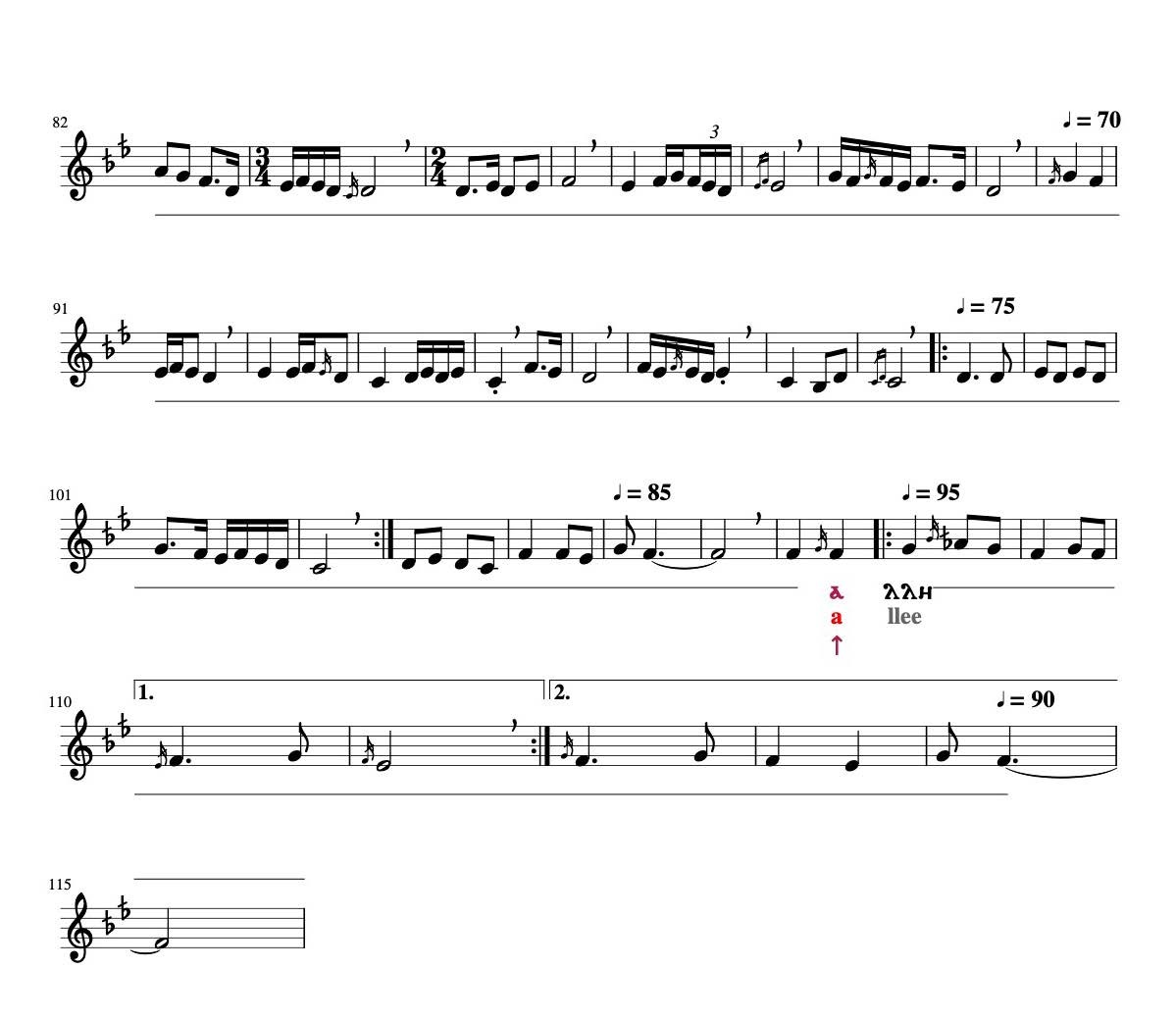 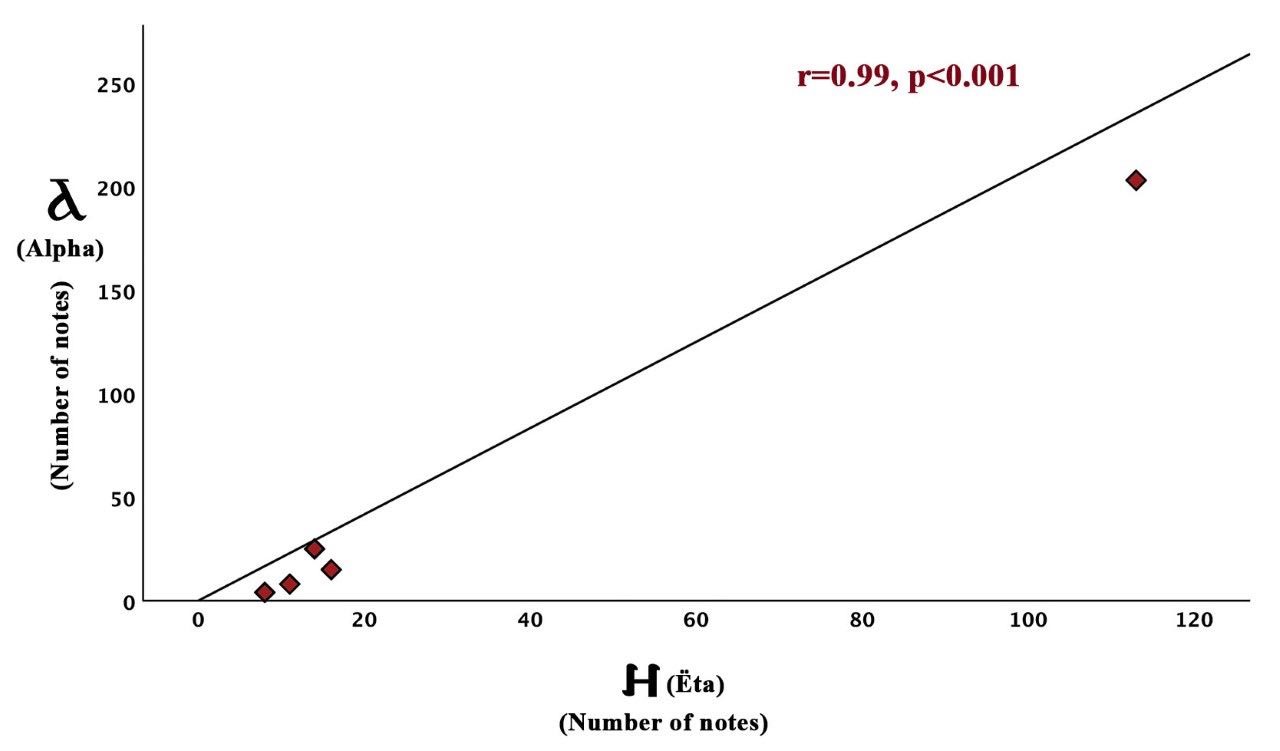